Written by Alex Thinath
Updated over a week ago

This article goes into a bit more detail beyond the basic functions available for backing up and restoring your database.

As a reminder, you can do a point-in-time-recovery (PITR) using the "Restore" button for each service which you want to restore from a backup. The backups are taken automatically by Managed Service for TimescaleDB, and retained for a number of days which depends on your plan type. 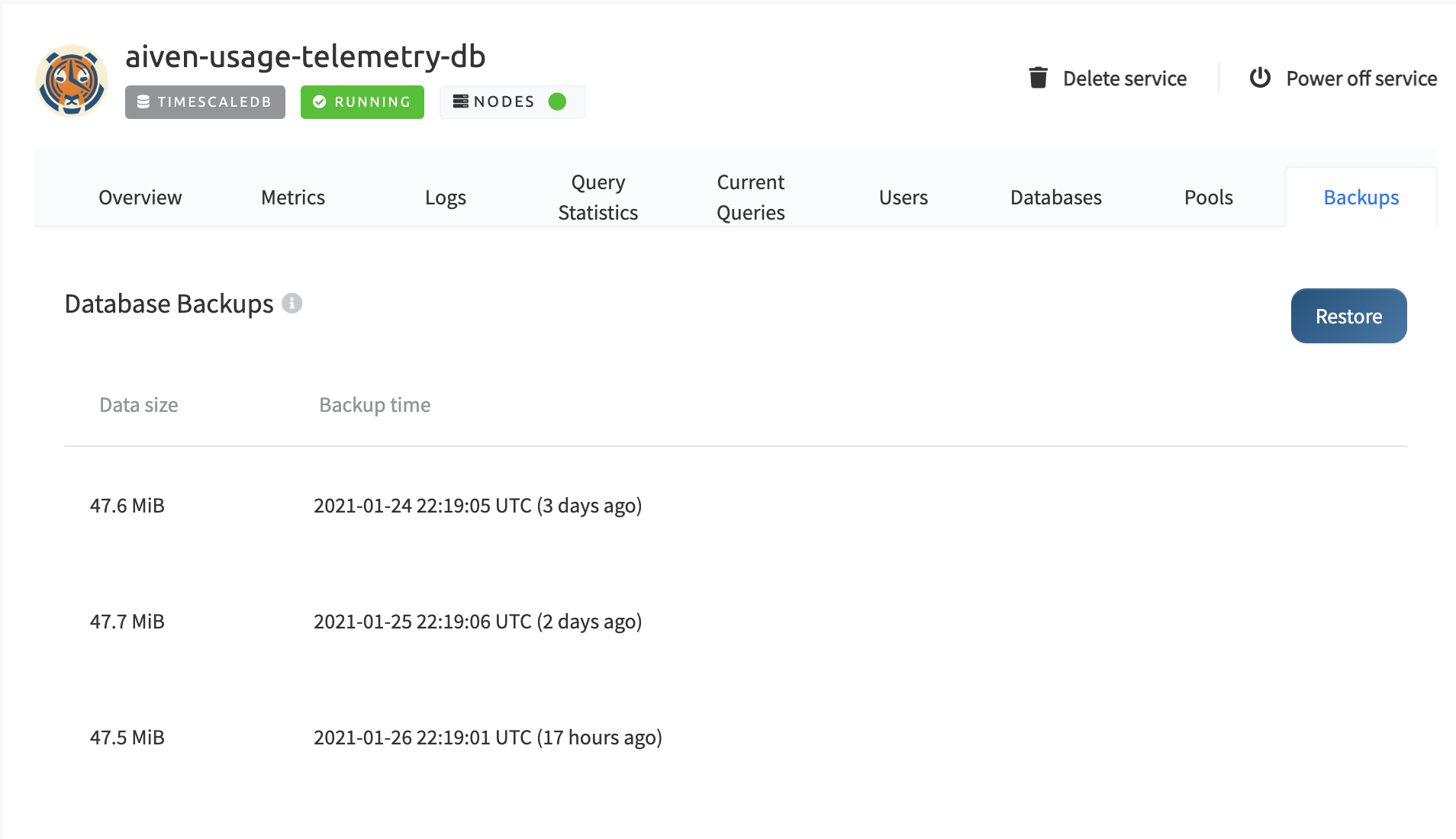 In case you wish to create and restore from an additional set of backups, we recommend utilizing our tool, timescaledb-backup, described in more detail here.

timescaledb-backup is a program for dumping and restoring a TimescaleDB database in a simpler, less error-prone, and more performant way. In particular, the current use of PostgreSQL tools pg_dump and pg_restore has several limitations when applied to TimescaleDB:

For an alternative approach, you can also use standard PostgreSQL tooling. The pg_dump command allows you to create backups that can be directly restored elsewhere if need be. Typical parameters for the command include these:

The pg_dump command can be run also against one of the standby nodes if such exist. Simply using the replica URI from MST web console is enough.

For example, to create a backup in directory  format (which can be used directly with pg_restore ) using two concurrent jobs and storing the results to a directory called backup one would run a command like this:

You could then for example further put all files to single tar file and upload to S3:

Did this answer your question?